In the first of our Write Stuff articles, Alex Kilpatrick, CTO at BeehiveID, looks at a subject most Compose users won't need to worry about – building and breaking MongoDB replica sets. If you think you have the Write Stuff to write about databases, why not submit your own ideas and earn up to $900 in cash and database credit?

The goal of this tutorial is to learn how to build a replica set in MongoDB, and more importantly how to break it and how to recover from failures. By doing this in a controlled environment, you will be ready to handle a real disaster when it happens.

You need a machine with MongoDB installed. Windows, Ubuntu, OSX and basic familiarity with the command-line. If you are on Windows, I suggest you select the "custom" install option and install to C:\MongoDB to save yourself some typing.

We're not going to do much with complex MongoDB data types. If you are familiar with JSON, that is all you need.

The main purpose of a replica set is to provide redundancy for your data. Any data you write is replicated among all members of the set, so if a member of your set goes down you can keep operating. I have personally had two production systems saved by the fact that I was using a replica set – the system never went down even though I lost a server (and in one case lost two at the same time).

From MongoDB's perspective, they will behave almost exactly the same as if we ran them on different servers. The main difference is that replication, recovery, and general communication between the servers on a local machine will be faster because there is less latency. The core operations will be identical, though.

If you have access to multiple cloud servers through your cloud provider, you should be able to follow the tutorial using cloud servers instead of your local machine and it will work the same way.

We are going to be creating a lot of windows for this tutorial, to simulate different machines. I've labeled my examples so you know which window is which, but you will want to keep them organized on your desktop.

Start by creating 3 data directories off of your MongoDB directory (or somewhere else if you prefer):

On Windows, you will have to select 'OK' in the dialog allowing connections to these ports.

Open another command prompt. We will use this window to query our first instance.

So now we are connected to our MongoDB server running on port 27021. Let's insert a simple document.

So we inserted a simple JSON document. Without a schema it is that easy to start shoving data into MongoDB. Just to make sure, let's run a query:

Now kill your MongoDB instance and restart it this way:

That tells MongoDB that it is part of a replica set. Go back to your command window. Kill the connection and reconnect. Now try to run your query again:

This is because we have told MongoDB we are part of a replica set, but we haven't configured it yet. MongoDB will keep you out of trouble this way. Starting replication is easy, though. Go to your command window:

Note that command prompt has changed to show we are part of set now, and it says "OTHER" More on that in a minute. Try our query again:

Our query works, and now the command prompt now says "PRIMARY" because the replication magic has decided that we are now the master. This is important to know. If all of your replication members die but one, you can still keep operating.

The most important thing to note here is the state, as well as what level your particular system is. Many times you will think you are the master, but something else is.

Open 2 more command prompt windows and start 2 new instances of MongoDB like this:

So we have three servers now, all ready to be part of a replica set, but only one of those is actually part of it. You force the other ones to join by issuing commands on the master.

Replace 'Alex-Yoga2' with your machine name. The reason we have to do this is that MongoDB is picky about using multiple 'localhost' names in a replica set. That won't be an issue in a real deployment. Now if you run rs.status you will see the new member.

I've deleted most of the extraneous stuff here so you can see the important parts. The new machine is now a secondary in our set, and we can see both members. By the time you have read this, all the replication magic has happened. Open up a new query window so we can see:

Whoops! MongoDB really wants us to stick to the master. We can get around that, though:

We told MongoDB that we are ok with querying slaves. Magic! Our data has been replicated. Feel free to play around with adding data and seeing how it replicates. After that, start up a third server:

Don't forget to use the right port and data directory. Go back to the master query window and add it to the set (user your machine name):

You can connect to your third server and verify that the data has been replicated. Think about this for a bit. All we did was start up a machine and then go to the master and run rs.add() on it. That's all it takes to add a machine to a replica set.

Replica sets are very tolerant to faults, of course. Kill the master running in the first server window. The go to the #2 query window and run this:

I've deleted a lot for brevity, but you can see that the first server is now unreachable and (in my case) the third machine is now the master. For you, the second machine may be the new master. It is really just a matter of timing. This is what would happen if you had to reboot for maintenance or had some other sporadic upset. However, your app would still plug right along using the other two machines.

Now you can bring back up the simulated dead server and run rs.status() until you see it come back up. It won't be the master, because there is no need to elect a new master. You can actually see this conversation in the logs:

If you want a certain machine to always be master, you can set its priority.

Now imagine a typical cloud configuration. You would configure your replica set machine and probably set it to the default port of 27017. Then freeze that as a VM instance so you could run new clones of it any time you want. They don't need any special configuration other than to know they are part of a particular replica set name. When you run rs.add(), the master initiates the conversation and brings the new member into the fold. So if a machine dies, you can just spin up another one to take its place quite easily. Let's do that now.

Kill the non-primary server (2 or 3) with control-C. We're going to pretend it is never coming back and start server 4 with a new data directory. Start a new server like this:

Now connect to your master instance and add it to the replica set:

Now we have the new server added and everything is good. However, we have a stale element in our config that we need to get rid of. We can do it like this: (remove whichever server you killed)

Now you can run rs.status() and see that everything is running fine. You may see the new server complain "count not find a member to sync from" but that will go away in a few minutes. We just simulated bringing in a new machine to replace a failed one.

Finally, let's simulate data corruption. The way to handle this is quite easy. Go to server 4 (the one we just created), shut it down and do this:

The easiest way to handle corrupt data in a server is just to delete it and start over! It is a replica set after all. Start it back up and it will realize it has no data and start syncing with the other members. This is exactly what happens with a brand new member. If you have a lot of data it may take hours or days to sync back up, but it will.

I've shown you how to do a few things with replica sets:

MongoDB replication is pretty easy to set up and very robust. You should now play around with more failure scenarios in this sandbox and practice recovering from them. Trust me, you don't want to be learning this when a crisis happens. 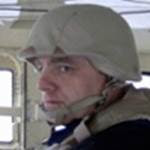