It's that time of the year when we write about what people inside Compose are using as part of their everyday toolkit. At Compose, we don't have any mandatory tools; we prefer people to gravitate to the tools they are most comfortable with – it's the same philosophy which makes a range of different databases available to suit you.

One difference with Tooltime this year is that, unlike last year, we have also allowed for physical tools that make the day a little better - its only fair as we enter the age of wearables.

And now onwards, with the parade of much loved tools...

Tim's list starts with Confluence - its great for the collaborative creation and management of documentation, something that's very important to Tim. Also important is capturing those moments when something is not quite right on screen. For that, Tim's preferred tool is Captured which offers simple screenshots with annotation and uploading, bumping Skitch out of use. For graphical desktop navigation, he goes with Alfred and for navigating the textual console world he runs with tmux and iTerm2 - the most recent version of iTerm2 added deep tmux integration making virtual text windows and tabs easier to manage. 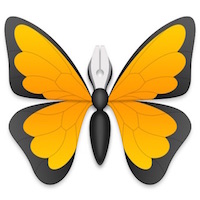 Thom's all about being plugged into the flow so his first pick is Tweetdeck with its multicolumn management of Twitter streams. He then supplements that with Mention which tracks numerous sources and lets you know if someone is talking about you - or your products. Whiteboard is the task and project planning service, still in beta, that Thom uses because "it's clean and simple to use". Finally, he uses Ulysses, a markdown and markup aware text editor and note manager on his Mac for his writing, after being introduced to it by me – I'm even putting together this article in Ulysses right now...

Wesley says he's not cool enough for tmux, so he uses Screen to handle his multiple text console needs. Pointing out that a tool may be an abstract thing, he also picks understanding regular expressions as a tool which lets you unlock the power of tools like grep, sed and vi once you have mastered them. They will come in useful when you want to dig through the results from Wesley's final pick, the sar command which collects system statistics on Solaris and Linux.

Jason's favourite tools are the ones he uses to control his working environment. Rdio brings him the music he wants to hear, Sonos delivers it around the room and his Bose noise-cancelling QuietComfort 25 headphones let him block out the world so he can focus.

Kyle's tool bag is very Mac-centric. He uses Alfred, and more specifically the Alfred workflows system, for various tasks including accessing Dash documentation. CloudApp is his answer to the screenshot sharing question. To keep his Mac tidy he goes with CleanMyMac and to keep his desktop tidy he uses Spectacle.

Kyle's tool bag is full of the tools a web developer needs. Alongside "the best text editor I've ever used", Sublime Text 3, he uses Photoshop and Illustrator for his image creation needs, despite trying to prise the former out of his workflow. Kyle says that "Now SVG and HiDPI displays are the norm, Illustrator is as necessary to front end development as coffee and beer". When he needs to automate his compiles, CSS tweaking and other web work, he relies on Grunt and Gulp.

Kristine's favourite tool this time round is the project management app Asana. As she explains, "Our company has tried several project management tools, but I have stayed with Asana long after others have moved on. It's the first tab I open each day. I keep tasks sorted by due dates, and I use the "recurring task" option to ensure my regular monthly tasks get taken care of on time. Now if only, I could get my personal life as organized as my work tasks..."

Shaun Davis - writes his own tools

Sometimes you have to craft the tools you need yourself. Shaun has been busy building his own project management tool inspired by Github issues and Pivotal tracker and integrating it around Hackpad which "allows me to manage everything in a single place". He started building this when he realised he was working in four or five different web spaces over the lifecycle of any work.

Jon's first tool is a subtle one as Momentum replaces the Chrome new tab window with a pretty picture and quote to inspire you and simple tools to help you focus and be over the day. Jon is another person who went off Skitch for screen capture; he's now using MonoSnap as his preferred snapshot and annotate tool - MonoSnap runs on Windows, Mac, iOS and Chrome too. Other tools on Jon's desktop include the previously mentioned Alfred, primarily used for launching apps, and AgileBit's 1Password password manager.

Although Nick is still rocking the essential Unix commands of grep, awk and sed, he has admitted that he's upgraded his Sublime Text from version 2 to 3 and indulged in dabbling with strace for his userspace debugging needs on Linux.

Some people like their user interfaces and images to be pixel perfect, like Brandon who uses QuickLens. Brandon says "I use it all the time to check alignment, measure distances, zoom, and pick colors. For years I’ve used xScope for this sort of thing, but I bought QuickLens a few minutes into its 7 day free trial. QuickLens also has great support. I had questions and suggested some features and the developer was quick to respond. He even contacted me when he released a new version with my suggestions. This is a fantastic tool for anyone who designs stuff on a screen."

The command line is where I spend a fair amount of time and I like something comfy and smart which is where the combination of the Z-shell and Oh My Zsh come in. Zsh gives you a solid shell and Oh My Zsh adds the prettyness and github integration. My other tools are editors - Atom for code, Ulysses for note gathering and drafting and Poetica for collaborative markup and commenting.

Michele still relies on 1Password and Evernote for password and note management but has added Wunderlist to her tools to manage todo lists because it "also integrates with browsers and calendars, and travels across devices".

It's been impossible to separate Navam from Excel on Windows even with a crowbar and some muscle relaxant.

And so we come to an end for 2015's tooltime. As this article was reviewed in house, there were regular "+1"s for other people's selections, in part because they've become so much a part of the day to day tools that they don't leap into the list. They also tend to be command line tools like zsh and "OhMyZsh". If there's one thing anyone can take from this year's list, it's that it is always good to have choices, in tools or in databases.