As is becoming Compose tradition, in our annual Tooltime we look at the tools, both digital and physical, that Compose folk would not be without. Our tools selection has evolved since 2014 and 2015 and as the content curator, I like to keep track of them.

It goes without saying that our inhouse tools, Slack, Hackpad and Fizz, are loved by pretty much everyone. We've been expanding since becoming part of IBM and there's a lot of new people on board with a whole new set of tools. So for this Tooltime, we're going mix it up and look at things by task and see what people just couldn't do without:

Git and Git related tools feature heavily in this year's Tooltime collection. The combination of Github Enterprise and waffle.io is a favorite of Steve Berryman who uses them to not only track his project tasks but also his personal tasks. "The ease of having Kanban style boards for any Github repository you may have makes keeping track of issues that are in progress, or not, a breeze" says Steve "and it's nice keeping all the information stored in the same system." 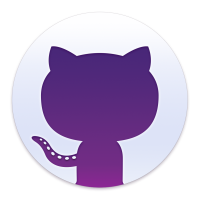 Clients for Git also get a mention. Brent Eicher likes Github Desktop, Github's own Git client, using it for all his cloning, pushing and pulling and keeping the command line for "when something more complex is needed". I have to concur with Brent's pick, the Github Desktop is very much my first stop for Git work.

That's not to say there's no other clients. Ross Fisher swears by SmartGit which he says is "infinitely more useful than Github Desktop". There's also Thom Crowe's pick, GitKraken which recently hit version 1.0 with a development velocity which means it's up to 1.3 already with recombining multiple-select commits (tasty).

Editing for code and words 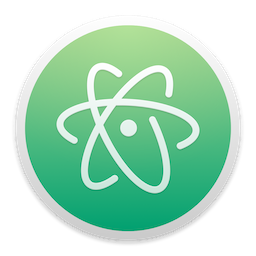 One code editor which got multiple callouts in this Tooltime is Github's Atom which has been steadily establishing a fan club as an "nice simple text editor with lots of plugins". I'm a big fan of Atom and it's been getting steadily better for all editing work and it's spawned the Electron desktop app container which is a great tool for making apps... like Slack's desktop app and a pick from Thom of the Ghost App which he uses to update this blog. Hays Hutton bucked that trend selecting SpaceMacs which is a community driven Emacs distribution which blends Emacs and Vim.

For words, we all need a different space. For Thom that's Ulysses, a markdown-ish editor for the heavily organized work, and iaWriter for focussed writing. Jason McCay went with one of my current favorites, Canvas, a web-based collaborative editor that does a remarkably slick job folding up Markdown content. It's still got a long way to go feature-wise – I miss the slick commenting and markup of the now-closed Poetica – but it's building from a solid base. Meanwhile, I'm writing this with Byword because its simple, clean, keeps count and reliably holds onto documents even when I've forgotten to save them. 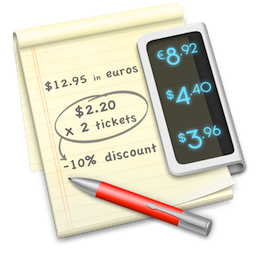 A number of Compose people cited Soulver as their go-to calculator. What's clever about a calculator? "It is great for typing out and solving calculations in a more natural way" says Jason McCay "Once you 'get it', you end up using it for just about anything." It fills that gap between plain calculator and spreadsheet by using a document where you write your calculation as if working it with pencil and paper. Soulver's got a place on my own desktop, but I'm also a big fan of PCalc for its programmer mode and having a "42" button.

Lisa Smith, Compose's metrics maven, follows in the footsteps of Navam in citing Microsoft Excel as a favorite tool for crunching numbers and adds Looker and Leftronic to her tool belt to turn those numbers into informative dashboards and visualizations. Desmos gets a mention from Paul Banks; it's a web based math exploration tool which he finds handy when exploring some algorithms.

Staying on top of your day is one of the skills you have to develop at Compose. Brent organizes his day with OmniFocus saying that "It basically contains the entirety of my mental RAM so I can relax in life". It's the archetypal GTD application and Brent rocks it with a custom "Compose" view to keep it focussed for work. He backs that up with Pomodoro Pro (now called BeFocusedPro) to make everything flow. Myself, I'm rocking with Todoist on all my devices after Jason pointed me at it. I'm a device hopper so having my todos to hand everywhere is a real winner for me.

There's a whole raft of different tools mentioned by the various code creators of Compose. For Go, Nick Stott says he's appreciating the golang hooks in gdb while Joshua Deare swears by pprof for getting his Go performance to the max. Hays find Postman really useful when exploring HTTP based APIs, replacing tools like curl and wget with something built to build requests and parse responses.

One essential part of developing, and supporting developers, is being able to refer to documentation. Devdocs is Kyle Mclaren's pick with a web-based, offline supporting take on documentation for many applications. Ross picks the Mac and iOS app Dash for his offline documentation needs. I tend to alternate between both, depending on platform and what I'm looking for.

Not many physical things in this year's Tooltime. Nick picks a location, his local Starbucks, as his physical thing and work space. Joshua is full-on road warrior and his weapon of choice, the Sierra Wireless EM7455 LTE Modem - "That is a life-saver when I find myself in wifi-lacking areas such as on a bus, when travel brings you to isolated locations, or my local coffee shop gets too many devices connected". Being mobile, he also chooses a power-sipping browser - qutebrowser - so he can be out for longer.

Meanwhile Lisa goes for a whiteboard that hangs on a wall across from her desk for easy viewing. "I write all my random ideas in scribbly vibrancy" she says. For me, my physical thing is this Everyday Messenger Bag which has been proving its capacity on the Compose Travelogue as I dual wield laptops through airports, with recording and charging gear all safely stowed for carryon.

That's just a glimpse of the tools in use by the folks at Compose. There were many more in our list, pgadmin, Vero, TextExpander, Alfred, tmux, Zapier, ngrep, Recordit, Snagit, Airmail and Affinity Designer and Photo.