After the road trip in Phoenix, it was time for the Compose Travelogue to move on to Birmingham, Alabama, which is actually home to a cluster of Compose people. There's even a company workspace where they can gather, but the first stop on the Travelogue was to meet up with Brandon. Compose's "Chief Pixel Taster" as his Slack profile says, Brandon is lead for web design and frameworks and also the "on-call" person to get user interfaces approved and looking good. That includes working on "Megatron", the secret sauce of the Compose UI which encapsulates the components that have been created for Compose into an easy to pick up kit for other developers to give their features a web face.

We met up out at DeSoto Caverns and the family park that surrounds it (that's the maze from the park above). This may sound like an odd spot to discuss remote working, creativity and why people at Compose work from where they work, but in this case it turns out to be completely appropriate. Brandon told us how his father created the park around the caverns turning it into a real and accessible tourist attraction. Every part of the park has been hand-crafted to fit the space. 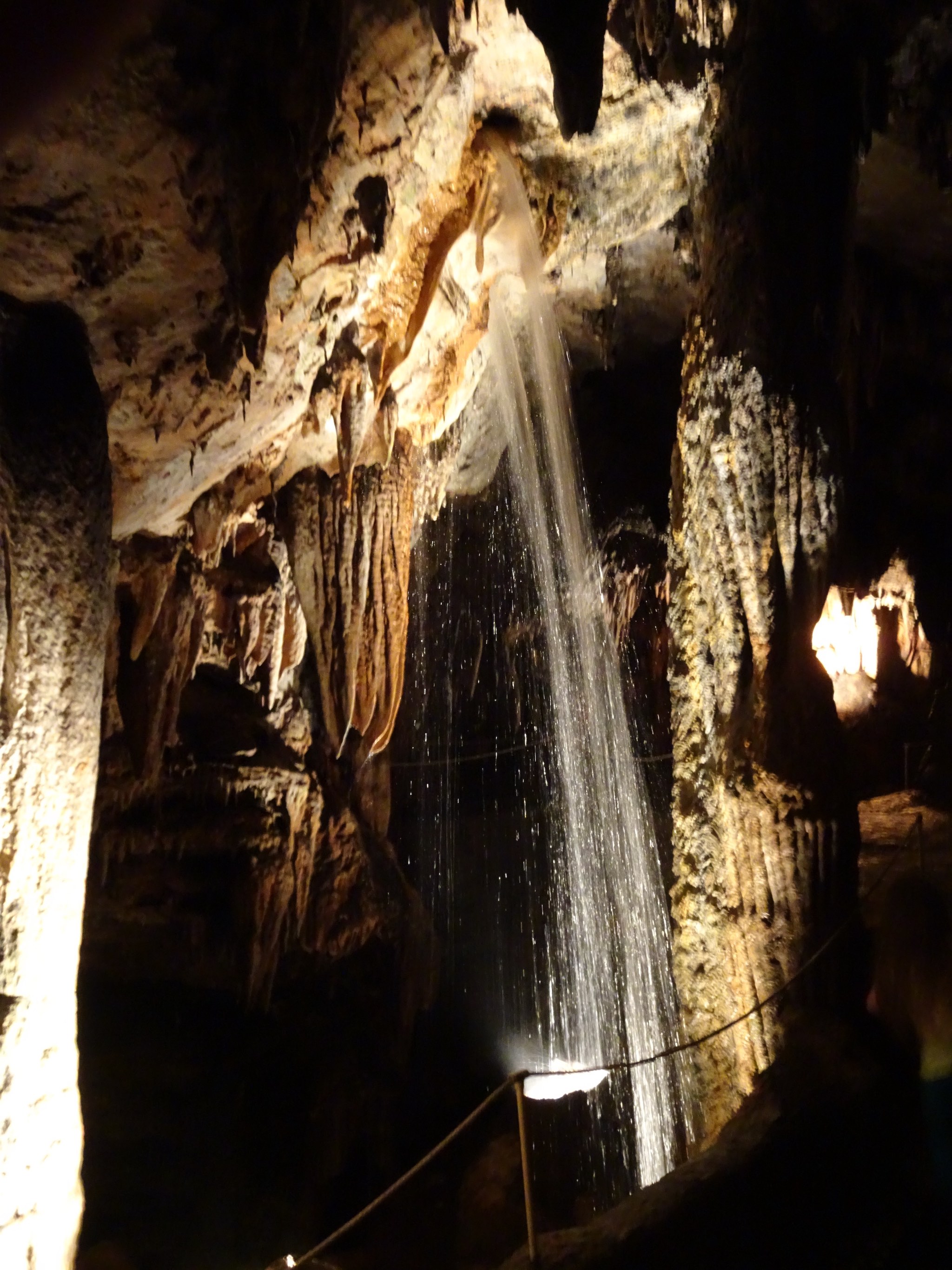 Great web design is a rich mix of creativity and practical engineering, both things Brandon was immersed in as he grew up around the park. "People who are doing what we do at Compose - starting a business, building a product, charging for it - they call themselves entrepreneurs" Brandon tells me "and it's true, it is a big deal but the level of entrepreneurship I got to witness with my dad turning that cave into a business is way beyond anything I've... I'd be like I'm an entrepreneur-lite. I mean he started out living in a tin gift shop."

Brandon's earliest code projects are part of the park. The guest registration system is his own work from many years ago and he tells of visiting amusement park trade shows to create better ticketing systems and other technology for the park. There's one part you couldn't create and that's the epic underground cavern the park is built around. Even there though, Brandon points out, his father created an entrance for all by blasting space for an inclined ramp-way to replace the original climbed entry point. Making things more accessible for all; it's smart business and it just so happens to be smart web design, which is where we come back to his work day at Compose.

Brandon works from his house or at the Alabama Biscuit Company or Octane - "Those are my two favorite coffee shop slash nice food places and I go into the workspace a couple of times a week to play Ninjaball... and work there too." (We'll come back to Ninjaball later in the Travelogue.) "I like to be able to change it up, I like being able to be around my kids when I'm at home – I have a one and a half year old daughter, a four and half year old daughter and a seven year old boy and it's fun to watch them grow up" he explained, "but then sometimes I need to get away from things and I go to a coffee shop or the workspace, but then that ends up being three or four of us." The cluster of Compose people in and around Birmingham leads to a different kind of remote work experience, a hybrid which sees the team have breakfast together, start the day together and then relocate to where ever each of them is going to be most productive.

"I'm remote at heart and always will be" says Brandon reminding us that last year he and the family uprooted for some five months of the year to Michigan, Wisconsin. "I built a standing desktop and a little office – we rented a house near Green Bay across the street from the water – and I always bring what I need to work remotely." For Brandon, that's his laptop, two monitors, keyboard... "If I'm away for any time, I'm bringing the whole deal." Wisconsin isn't the limit of his traveling aspirations though. He hopes to travel the western United States with the family at some point spending a few months exploring the heart of the US. With Compose's remote working ethos, it's something that is eminently doable. 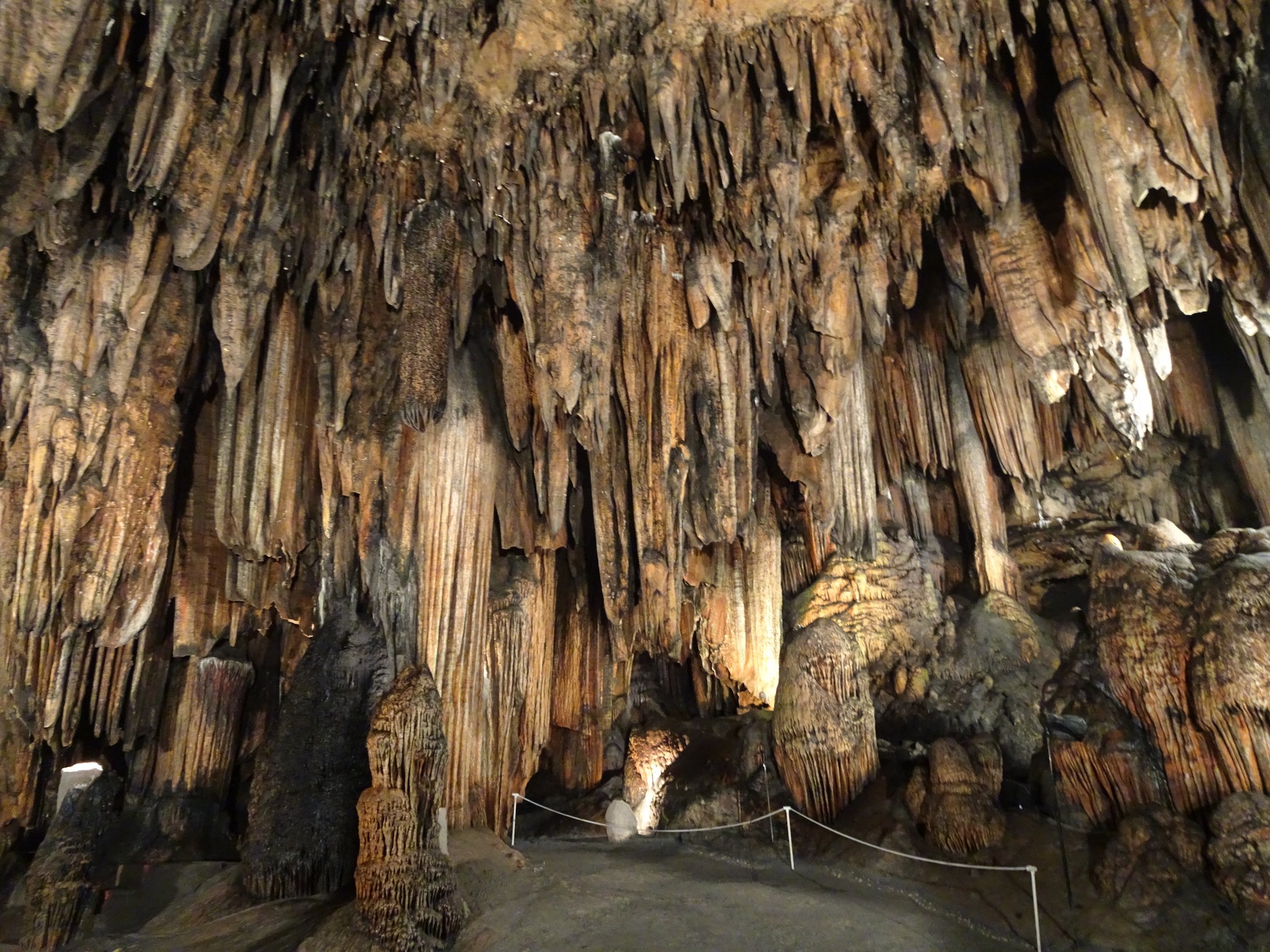 Slack is Brandon's preferred communication channel because "you can set it so it doesn't show you if there's any activity and only notify on direct messages. As soon as I discovered that feature I was like I'm leaving Slack open all the time". He admits he can get trapped in there still, but uses it on his phone where he can exploit the asynchronous nature of some channels to catch up at a quieter time. I wondered for a moment if the cavern was a good place for a quieter time... Email, popular with others, is less the go to channel for Brandon. "It's literally the last way to connect to me" he said, but I noted he must have a LinkedIn account. Usually it's the last thing on the how to contact list after "Burgle my house" and "Stalk my postman". It turns out he deleted his LinkedIn account five years ago in an act of remarkable prescience. For visual media, Brandon is a big advocate of turning visual design content into animated gifs. You can pass them about on any medium and make people focus on particular elements. 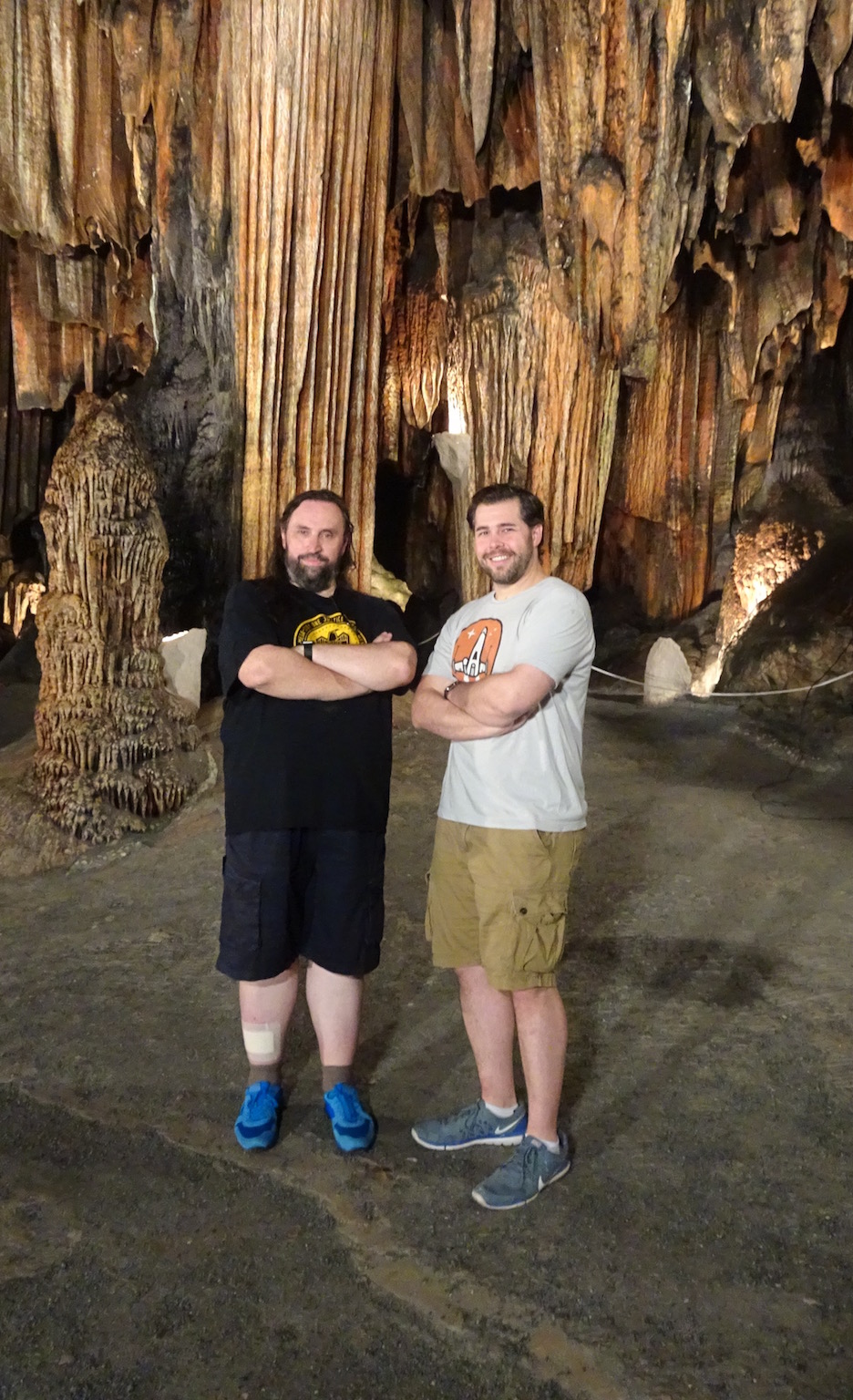 For Brandon, Birmingham is the place to live where he can be surrounded by family. He isn't keen on the idea of "the concrete jungle" of major cities. "When I was growing up all the way out in Childersberg I didn't have that much wider family around. I had family all over the US. So the idea of my kids having wider family near is important to me." It's not just family though; "Birmingham is close enough to Atlanta that I can go there for those city-sized things I might want to do. But the speed of the city is nice and laid back and it's very nature-oriented."

It's also swelteringly humid and hot, but that's something the city is fully adapted to with air-conditioning everywhere. Which is probably why it's so laid-back. In the next Travelogue, we go to the Compose workspace, but for now, it's an evening of baseball, dining and some quality time with an air conditioner.