The final stop for the Compose Travelogue was Montreal, the home of Jérôme Gravel-Niquet, or as we call him, @jerome. Montreal is a fascinating city - the police were all dressed in a sort of plain clothes vibe due to a long running dispute with the city and we arrived there in the last legal days of Uber before the city banned them completely. Montreal is also a city of two languages and a lot of diverse cultures so it wasn't a surprise, as Jerome showed us his local park, Parc Lafontaine, to find numerous people in cosplay and a science fiction book fair going on.

As I was there for only a couple of days, we moved on and talked about what it was about Montreal. "I grew up close by. I love the city for its cultural richness, the music and the various arts, but I'm not married to it" he said noting the one thing I wouldn't be experiencing, the challenging winters. "I could well move in the next few years somewhere else entirely, there the winter is not as harsh! Summer is magnificent, the winter is an experience to try."

Where a lot of people have developed a roaming habit during their work day, Jerome is very much a stay at home worker. "I don't usually go out to work. I know some people go out to coffee shops and co-working spaces, but I've been doing this for ten years so I'm really used to working at home. So I stay in, but as often as possible I like to open the windows and let the sun in and some wind."

It's a work day that sees Jerome work the web application that is most people's view of the workings of Compose. "I try to make it better in general and I've been bringing new people up to speed with it. It's mostly Rails applications with a common UI and really standard JavaScript and CSS, with MongoDB handling storage. It's pretty much a standard stack". Jerome also works Compose's own in house developer tools which he created to give Compose developers a "Compose at home" experience, orchestrating local containers to run on the desktop.

Communication for Jerome is primarily through Slack and text based tools. "I'm not big on video chat" he says noting he finds the nature of working in text and the lack of cues means you have to be much more explicit about your feelings about things. "That's what I focus on when working remotely. It just has to be that way". With remote work it's also easier to control that communication which he finds definitely helps with work. "On Slack, I keep just four starred channels and others I keep with notifications disabled", he pauses for a moment then continues "Maybe I come across as someone who doesn't like to speak to people".

That focussed workday does include cat petting, coffee and more cat petting, and thanks to Compose's flexibility, running errands and making convenient appointments. The cats are insistent though that they not be subject to Jerome's controlled communications. An early start to the day tends to run through to end when Jerome is "out of power - the human kind" in the late afternoon, early evening, which happily coincides giving him enough time to make the evening meal before his girlfriend returns.

Even after working remote for ten years, he still struggles with disconnecting though. "That's because I really love my job. It's easy to get caught up." On this day though, we were disconnected. Next for the travelogue was a walk through the park, part of one of the oldest neighbourhoods, and then around the corner for poutine from what Jerome tells me is a famous poutine place. It's there that Jerome reminds me that Compose is not a common workplace, it's more like a family not the usual long hours startup. "It's the most relaxed work environment I've worked in and it has the nicest people I've ever worked with" he says as the poutine arrives at our table. 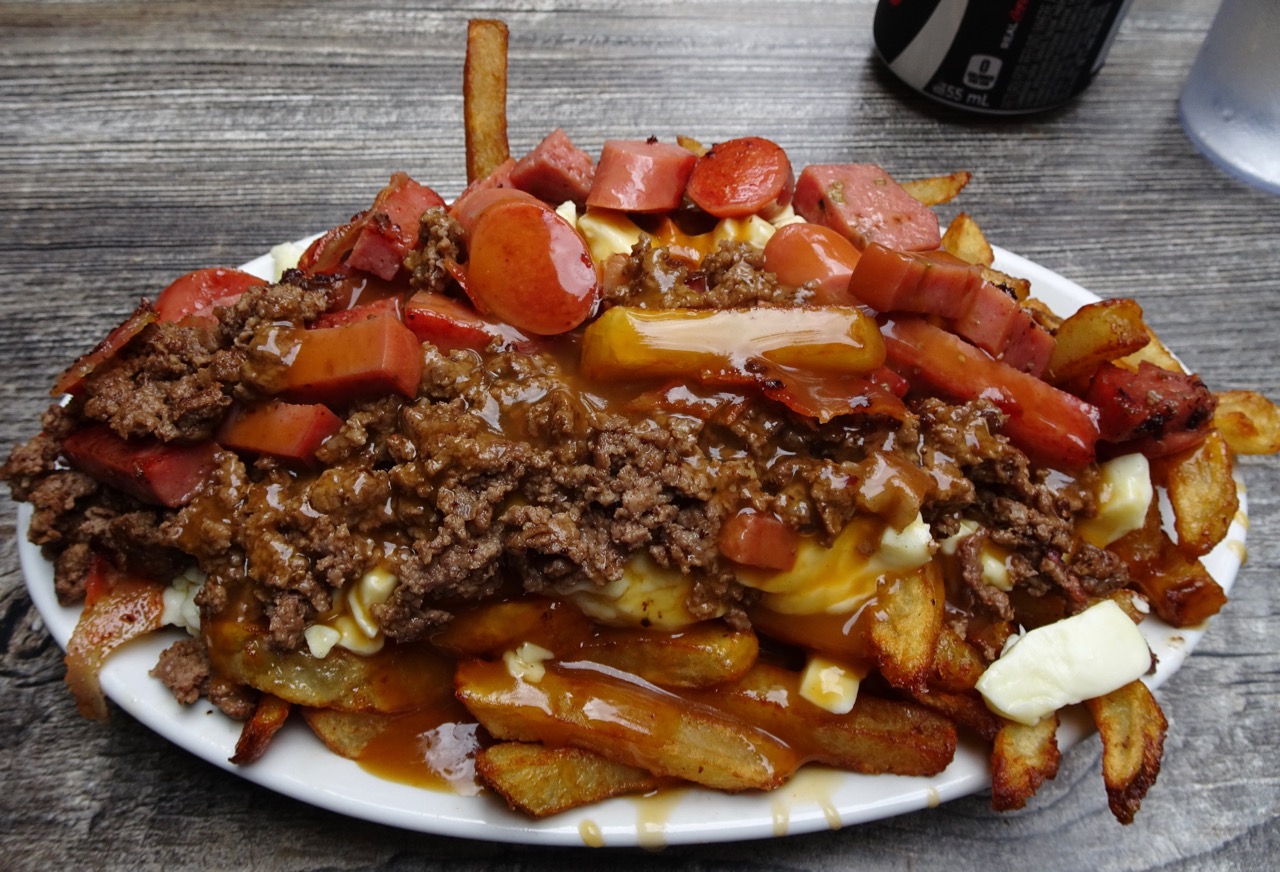 And it was as promised, reader, famous and delicious.

Postscript: Shortly after this travelogue meeting took place, Jerome set out on a multi-month travelogue of his own through Central America, remote working all the way while experiencing both coasts of Costa Rica, Panama and Guatemala.

Previously on the Compose Travelogue: