Compose's NewsBits' for the week ending May 19th:

This is NewsBits: news selected by Compose's technical content curator from the world of open source databases and development, delivered as delicious chunks of information.

It's the next big phase of PostgreSQL 10's development; beta time has arrived as the feature complete code now moves into widespread testing. There is a lot to test too; logical replication, native table partitioning, more parallel query capabilities in scans and joins, and quorum commits for synchronous replication. Driver developers are going to have to get to work as PostgreSQL connections will now have SCRAM authentication and the ability to do multi-host failover (so you can have a list of hosts to connect to).

We're looking forward to seeing how the new full-text search support for JSON/JSONB works, how the new monitoring roles work and seeing what new statistical data can be gleaned from the database. It's all rather exciting but remember, none of this should go near production.

Michael Paquier also adds a useful data point with his Postgres 10 Incompatible Changes blog post, picking out the highlights of the release notes in terms of what's changing and what's going away.

It's an almost inconsequential release in terms of impact, but Redis 3.2.9 is out. As the release notes say "A few rarely harmful bugs were fixed". It almost feels like tidying up some loose ends ready for... well RedisConf17 runs May 30th to June 1st and Redis 4.0's third release candidate was last month and...

If you like to read about databases, here's some new papers to check out. First up, Amazon's paper Amazon Aurora: Design Considerations for High Throughput Databases which digs down on Aurora's service for OLTP workloads and how they architected the platform and how it turned out after 18 production months. Then settle down with Spanner: Becoming a SQL System, Google's tale of how Spanner has changed since its 2012 public debut - Spoiler warning, it has changed a lot.

An interesting specification, JSON Feed, has appeared. Where RSS and Atom are based around being XML formatted news feeds, JSON Feed considers the possibility of switching to a lighter JSON style version of the same kind of content. The authors almost reluctantly published it but feel that, in a development world where XML parsing is getting rare, syndication needs a simplification. It's an interesting plan.

It's May 2017, Go 1.8 is already establishing itself as the go-to-Go and the question is, what next. That's where Francesc Campony's The State of Go comes in. The highlights - Go 1.9 is frozen and due in August; support for smoother refactoring in the language, standard library support for bit manipulations, sync Maps, modifiable environment variables in os.Exec(), a generally faster runtime, better errors and more precise testing. Worth a browse if you work with Go.

Mario on a breadboard

There's a lot of fun maker projects which show you how to turn a Raspberry Pi into a game console emulator, but they generally involve soldering, case making and other crafting. Not so the Breadboard RetroPie. This console is built using prototyping breadboards as a base and all wires together without soldering. True it won't fit in your pocket but it will fit on your desk. 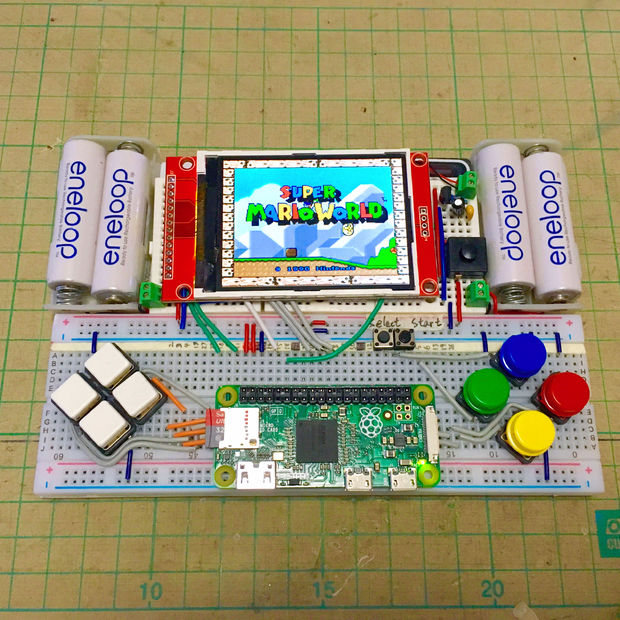