We’ve just started our week of unremoting in Portland when we bring all the employees of Compose together to work in one place for one week. When you’re unremoting a company, physical first impressions count even with people you have worked with every day for years. And the first order of business with so many people flying in is the rendezvous.

Now, you may think “Ah, so everyone meets up at the hotel as that's where they are staying” but that's the last thing you should do. If you are focusing on social interaction, you want to make your first meeting a social one, and you do that by creating a rendezvous.

Hotels tend toward the functional, no matter how nice they are or aren’t built for social mingling. In our case, a nearby pub was staked out as the rendezvous point and a core team was established to stake out the provisioning of beer, coffee and snacks to new arrivers.

Is this an excuse to just “head straight to the pub”? No, despite the protests of the core team who insist they are going to the pub. This is all about making it easier for people to socially connect in a friendly space. The risk with unremoting is that you focus in the working together rather than the working together. Meeting without a work objective lets people get into socially interacting first and enjoying each others' company first.

It also lets them get used to how people look in more than two dimensions. No matter how many times you have video conferenced with someone, you will always be surprised when you meet them face-to-face. The webcam has a unique way of flattening people from a single, rarely varied angle, such that you may have ended up thinking subconsciously that Alice has always had a framed picture attached to her head (move the picture Alice), that Bob is a cave dweller (a little light Bob) or that Carol is very tall and looms over everyone (lift your laptop up a bit Carol). People, in three dimensions, are a lot to take in and doing that in a social environment without the distraction of work tasks makes it a lot easier.

And once everyone, or nearly everyone, has arrived at the rendezvous, move on to something more social. Us? We went bowling… And the next day, we moved into our new temporary offices. We'll be working out of the co-working space run by Oregon Storyboard where we are just settling in... 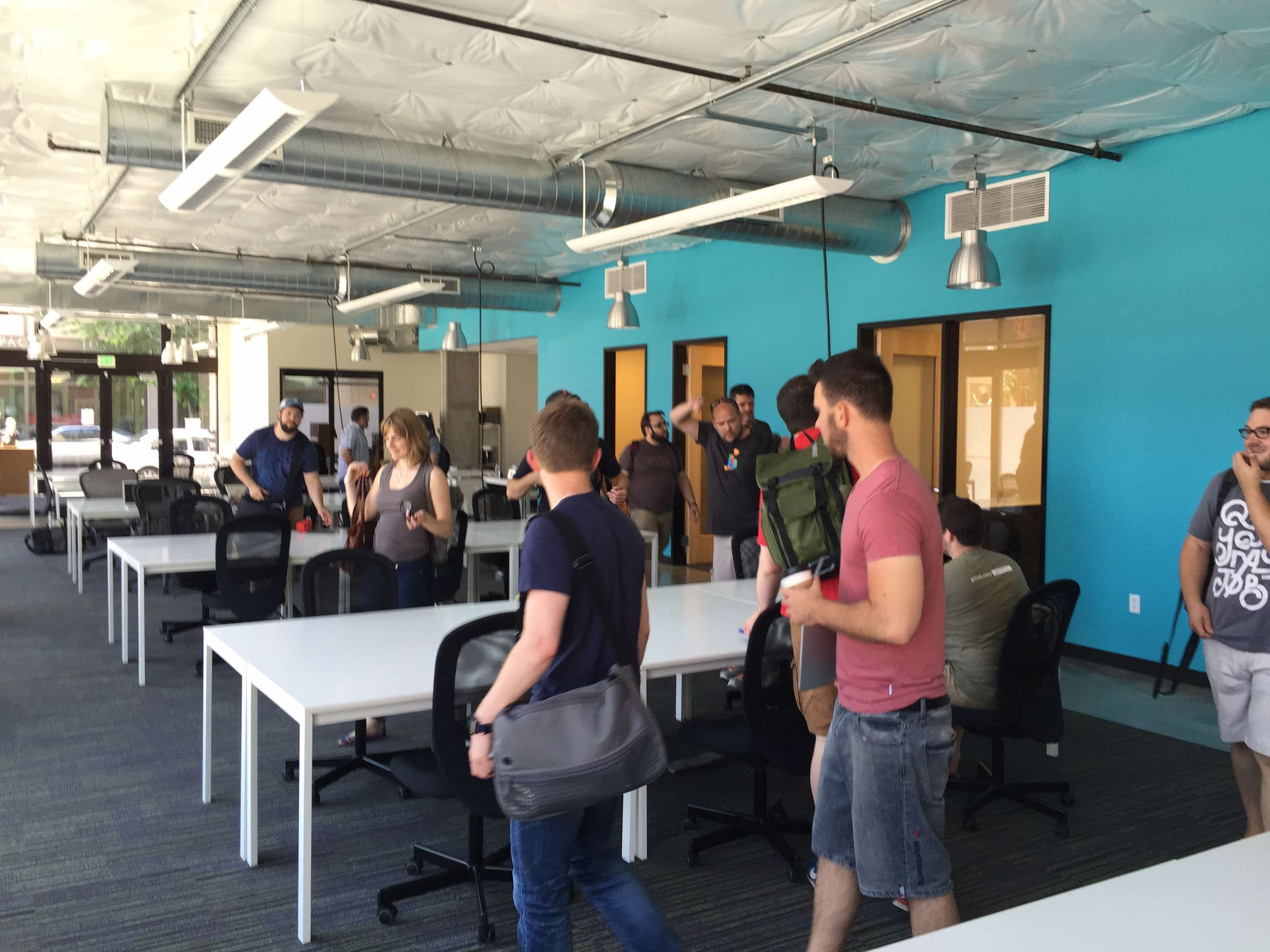